Instead of telling people not to drive, fix #publictransit

Yes, public officials should use public transport | BusinessWorld Online: "Lantin, who at one time headed LTFRB, should have known better than to target private motorists, as he noted that public transportation comprised only one out of eight vehicles on the road. For a former LTFRB chief, he seems to have little recollection of the dismal state of public transportation in this country. And that being the case, private motoring is not just a privilege or a choice. It is actually an expensive must, particularly for many in the middle-income bracket who practice professions or run small businesses.

If Lantin wants fewer private cars on the road, then he and his ilk should first fix public transportation -- make them safe, accessible, and affordable, even for people with disabilities. A recent story in the The Atlantic in the US cited a study by the University of Michigan’s Transportation Research Institute that “the five [US] cities with the highest proportions of households without a vehicle were all among the top five cities in a recent ranking of the quality of public transportation.”" 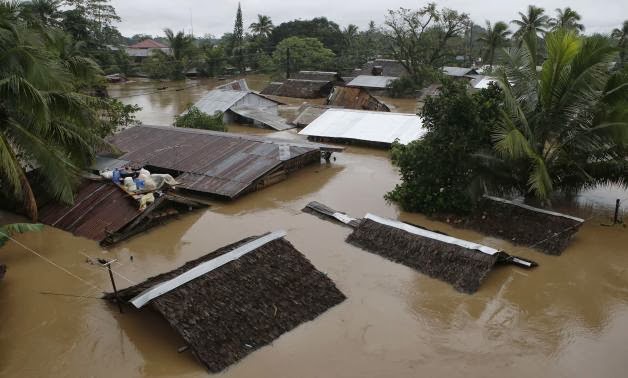 CREDIT: REUTERS/ERIK DE CASTRO
Super typhoon victims flee again as rains flood southern Philippines | Reuters: "(Reuters) - Emergency workers evacuated thousands of people across the southern Philippines on Tuesday, including many already made homeless by a typhoon in November, after three days of rain flooded towns and farmland."
at 5:47 AM No comments:

Are your senators willing to commute?

rappler.com : "MANILA, Philippines – Imagine VIPs in government falling in the long line to get on the train, going up escalators often out of order, waiting out 3 or more trips before getting on, and squishing into jampacked coaches a la sardines. Imagine them riding old and rusty jeepneys and buses, some aptly described as killer vehicles.

In short, imagine these top officials experiencing what you go through regularly, if not every day. (READ: Commuting on the MRT)

This scenario is the subject of a campaign by writer and editor Dinna Dayao in Change.org, an online petition platform. Since August 2013, Dayao has been calling on President Benigno Aquino III to require all public officials to take public transportation at least once a month." 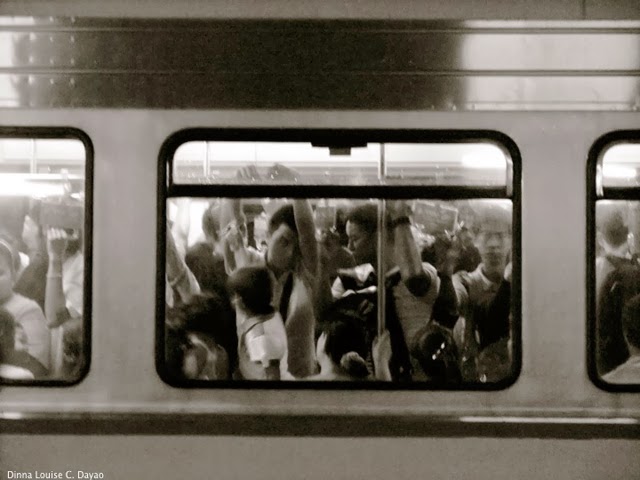 Public servants, take the train!: "Traffic is the only problem car-riding officials face. It’s no wonder, then, that they focus on “curing traffic congestion rather than improving public transportation,” says urban planner Benjamin de la Peña in an editorial.

“Every flyover and every underpass we’ve built in Metro Manila – all in all costing billions and billions of pesos – was meant to solve traffic congestion,” says de la Peña. “None of it works and none of it will work because focusing on the needs of the 20% (who ride cars) and ignoring the 80% (who depend on public transportation) is insane.”"